What is the thickness of the layer of sand in the deserts? (6 photos)

The word «desert,» immediately evokes a visual Association to the incredible height of the sand dunes that spread in all directions. 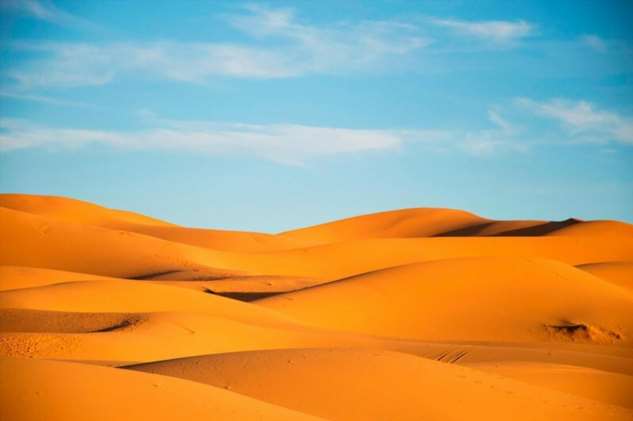 Through knowledge we know that every desert has a beginning and an end. There is really very little water and poor fauna. But has anyone tried to measure the thickness of the sand layers?

How did the desert? 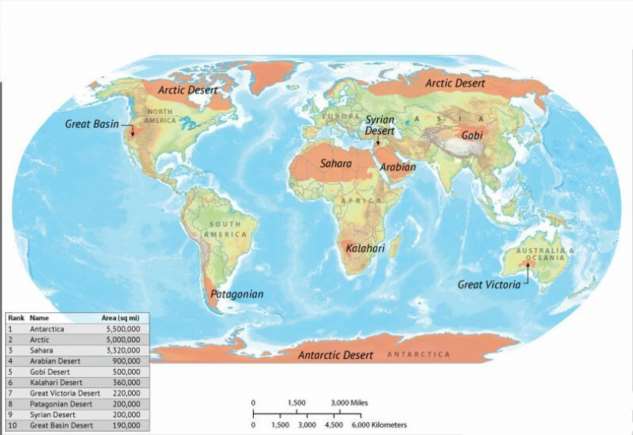 The desert belongs to natural areas, and is also one of the 6 main biomes, in addition to tundra, steppe, tropical, coniferous and deciduous forests. For the natural zone is characterized by a certain geographical location and a few General features, such as climate, topography, vegetation, etc.
The desert is characterized by a special fauna, rare flora (or lack of) and mostly flat surface.

The occurrence of deserts is due to the uneven distribution of heat and moisture. This happens in the following way. Air above the equator is heated most strongly, because here the sun’s rays hit the Earth at right angles. The heated air rises, then cools. A large amount of moisture that turns into rain showers. 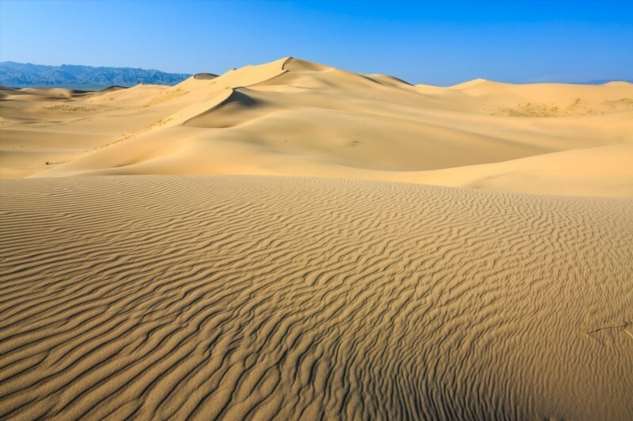 Then the air masses move in the subtropical zone (South and North). This is facilitated by the trade winds – North-East and South-East winds that blow all year round between the tropics. They do not allow air flow to circulate in the vertical direction.
Thus, the trade winds are preventing cloud formation and therefore rainfall. The air, descending to the heated surface of the earth becomes hot. As the moisture is evaporated even at the previous stage, it is very dry.
The temperature in deserts in summer rises to an average of 30-40 degrees in the shade, a maximum of about 60 degrees – not the exception. Stone and sandy surfaces may heat up to 80 degrees. Rainfall occurs infrequently and often this is no ordinary rain, but heavy showers. Little precipitation just evaporates before reaching the ground.


The study of deserts 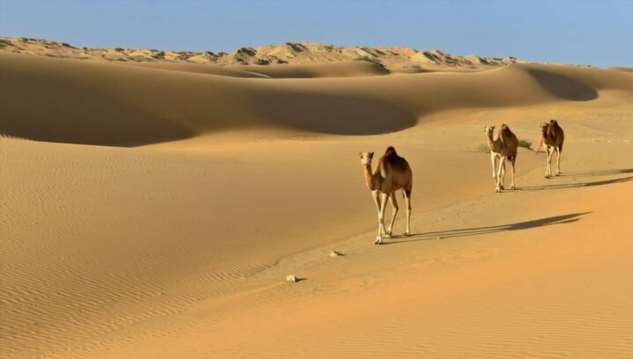 Because of the difficult climatic conditions and political situation in some areas, the desert research associated with many difficulties. However, this very interesting objects that can not be ignored. The desert is not only sand.
Typically, it has a smaller share of the total area. Deserts may be stony, gravelly, pebbly and sandy and saline areas. A separate category represent the Arctic desert that is covered with glaciers, rocks, gravel. They may be snowy or dry.

If you take all deserts of the world along with the Arctic, they will be 20% of the land.

The thickness of the layer of sand in the desert 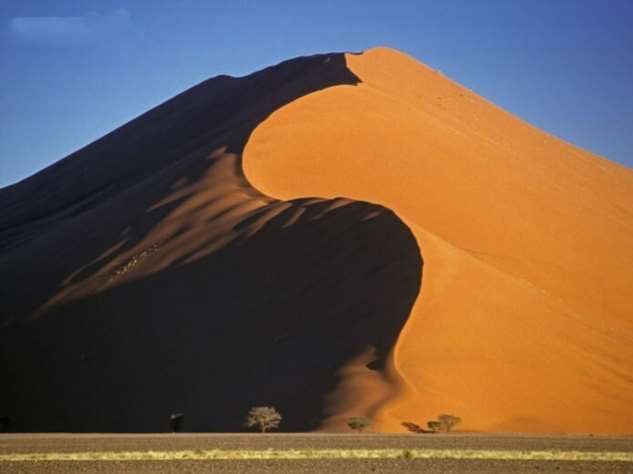 Of great interest is the thickness of the sand layers in the desert, and that is under their array. First of all, under all the deserts is a stone surface. The thickness of sand in the desert is not constant, which varies geographically, and under the influence of various factors. To measure it is problematic.
It is also worth remembering sand movement at a speed of from 6 to 10 meters per year. Under the dunes are the most deep deposits of sand. For example, the average thickness of sand in the Sahara is 150 metres away. Most of the dunes reach a height of several meters or tens of meters. However, there are unique instances.
For example, the highest dune seen in the Namib desert, which is located in the South-Western part of Africa. Here are some of the dunes reach 400 meters in height. It is noteworthy that sometimes the sand penetrates tens of meters deep. This happens when the area was previously a lake, which subsequently filled with sand.

To measure the thickness of the layer of sand in the desert is difficult because it is constantly changing. In addition, the sand dunes move with a velocity of 6-10 m per year. Deserts are not only sandy and saline soil, gravel, stone and mixed.
The most massive layers of sand are placed below the dunes. Their thickness is most often measured in tens of meters. Rarely, but there are really large sand dunes, for example, in the Namib desert up to 400 meters in height.