«Today a cat, tomorrow each of us»: the response of social conflict «Aeroflot» and the owner of the cat (10 photos)

People are actively discussing the news about the large cat, the owner whose deception drove the animal on Board the aircraft of airline «Aeroflot». Now the man was excluded from the program of loyalty of the passenger. «TVK Krasnojarsk» has collected the amusing comments of network users. 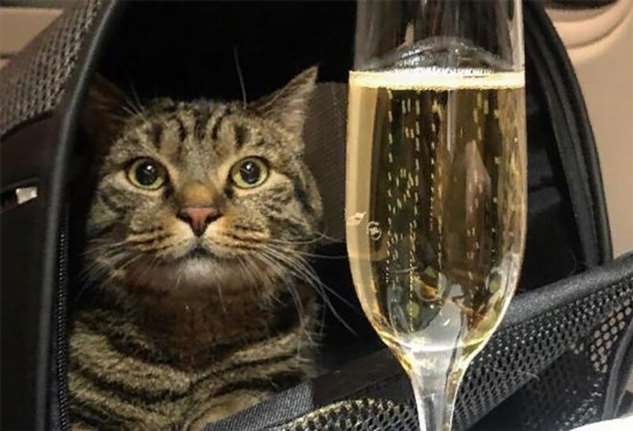 The news about the conflict between «Aeroflot» and the owner of a well-fed cat caused a wave of indignation. The majority of Internet users stood on the side of a man and his pet. 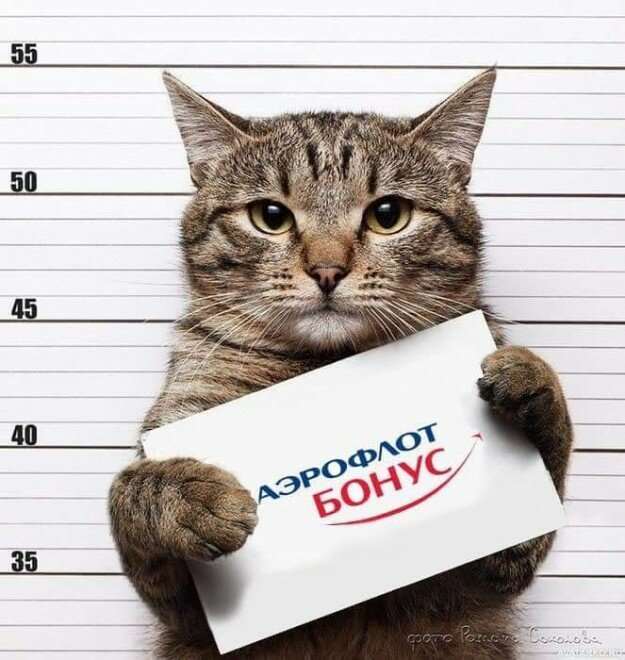 «Today Aeroflot has come for fat cat, and tomorrow each of us.» 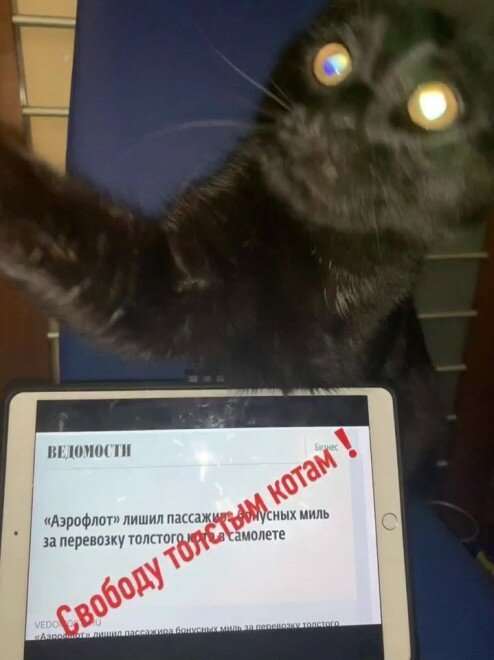 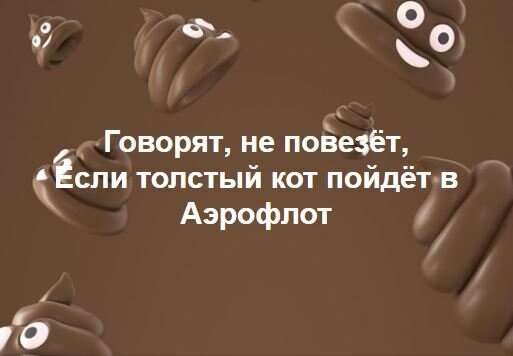 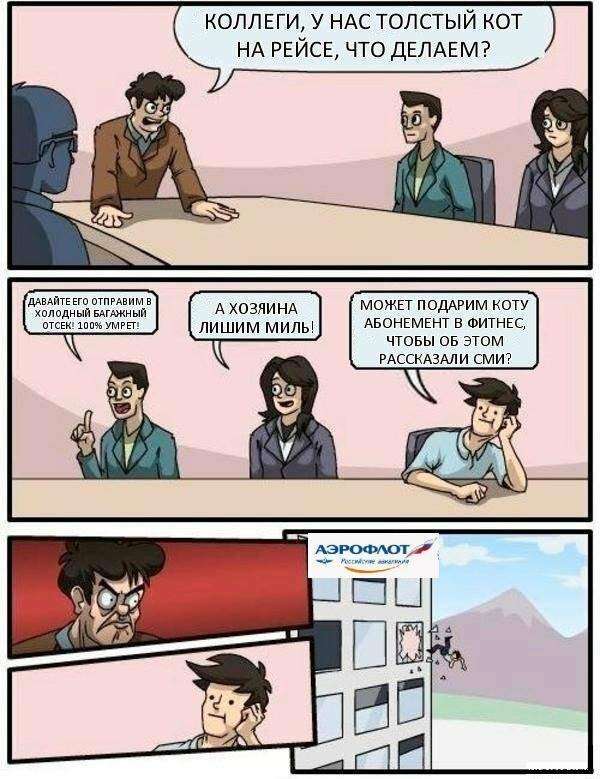 «Interesting, full of people also not allowed on Board? Is there some kind of limit? Or they pay in excess of?» 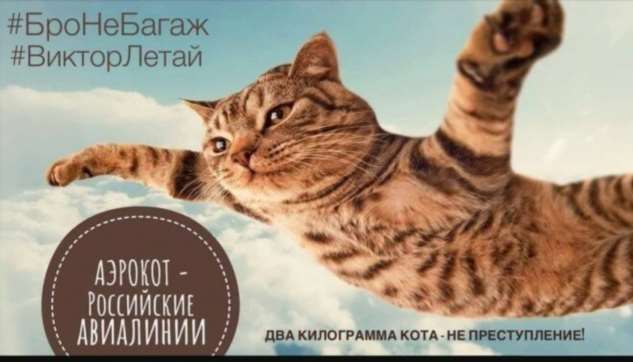 Some media, by publishing materials, also appreciated the absurdity of the situation. 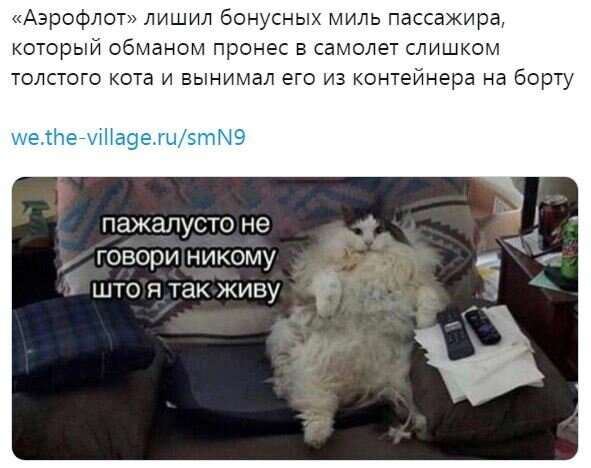 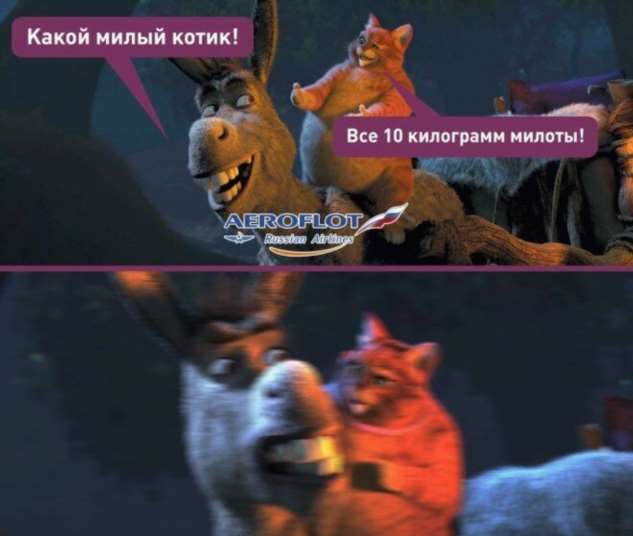 Most people, along with jokes, demanding the return of his master for nearly 400 thousand miles. In «Aeroflot» have not yet given an official comment.